Skip to content
"First class and cheap dental implants with experienced and reliable dentists in the safe heart of Europe."

Donald J. Trump’s teeth vs. the teeth of Barack Obama

Who would win a dental aesthetic election?

I want to get a quote
Home » BLOG » Cosmetic dentistry » Donald J. Trump’s teeth vs. the teeth of Barack Obama

Although there is no such thing as a dental election, appearance plays an important role in the popularity contest of political life. And appearance greatly depends on smile that is flashed at the voters. Barack Obama’s engaging and natural smile doesn’t raise many questions any longer, but what kind of message does the newly inaugurated Donald J. Trump send through his smile to the American citizens and to the world?

Barack Obama’s teeth look perfectly natural. Lots of theories arose in connection with the teeth of the outgoing President during the years of his presidency. Some people say that his teeth are real and natural, only well-bleached. Others say that the ex-president wears false teeth. Many people have heard a whistling sound during Obama’s speeches, which might be caused by his false teeth. Dentists are only guessing, it is unclear whether Obama’s teeth are real or not. However, everyone agrees that if he wears false teeth, his dentist performed a masterpiece. Maybe the four front teeth aren’t real, even though the striations on them are perfectly realistic.

There are no questions raised about the teeth of Donald J. Trump, because the newest president of the United States of America clearly got some work done. His teeth received a Hollywood smile makeover with classical porcelain crowns; the end result is very out there and spectacular, but according to some it is absolutely not realistic due to its too perfect symmetry and it’s white as it can get. Anyhow, dentists agree that although Trump’s dentist also did an excellent job, they should have tried to obtain a more natural look.

Is having a perfect smile the key to success?

Several results of international studies and researches demonstrate that people with a healthy, well-groomed, white and symmetrical smile are generally considered to be nicer, more successful and more attractive. People with beautiful teeth smile more boldly and more frequently, and thus they become more confident and successful. In numbers, 88% of Americans believe an unappealing smile makes a person more repulsive to members of the opposite sex. Furthermore, 74% of adults feel an unattractive smile can hurt a person’s chances for career success.

To conclude, over a quarter of American adults believe that an improved smile can improve their quality of life. A perfect smile can also improve a person’s credibility, based on the in sociology well-known phenomenon called halo effect. This means that if someone proves themselves to be reliable in one area, people tend to view them as reliable in other fields and aspects as well. Political figures try to take advantage of this phenomenon and improve their public perception by perfecting their looks – if their smile engages you, you develop a certain trust to them. The first and most important step to reach the perfect look is to achieve an appealing and radiant smile.

What is a smile makeover?

A smile makeover is the process of improving one’s smile through one or more cosmetic dentistry procedures. Smile makeovers are completely customized to the patient and take a lot of factors into consideration (from facial appearance to skin tone, hair colour, teeth colour and shape, gum tissue and lips) in order to develop the ideal smile. It can be debatable whether these factors were taken into account, when Donald J. Trump got his smile makeover. Does the bleach white really match his orange skin tone?

In our heated debate: The smiles of Barack Obama and Donald J. Trump

On the basis of the smile analyses of Now-President Trump and Ex-President Obama, we can safely state that they both tried to exploit the maximum potential of the cosmetic dentistry options for a political advantage in order to show their self-confidence to the American public and the world. The difference is that while Barack Obama prefers a natural smile, Donald J. Trump will strive to achieve perfect-looking teeth, at any price.

The E-max veneers are one of the greatest products in aesthetic dentistry. With the help Read more

In our previous articles, we have discussed the potential complications of bone grafting and the Read more

Remove tartar from teeth. The most effective ways of avoiding dental plaque formation and tartar build-up

Oral hygiene plays a key role in our daily lives, as we can only be Read more

Longing for the perfect teeth of celebrities? Do you want to smile confidently finally?

Your teeth are a very important part of you, and as such your dental health Read more

Would you also like to save on your dental treatment?
I want to save 60%

DENTAL IMPLANTS ABROAD
ABOUT CHEAP DENTAL IMPLANTS
BUDAPEST DENTAL
LOW COST DENTAL CLINICS
5/5 - (2 votes)
This website uses cookies to improve your experience. We'll assume you're ok with this, but you can opt-out if you wish.
More info Accept

Fill Out The Form Below To Download Your FREE CASE STUDY "5 steps, new smile" 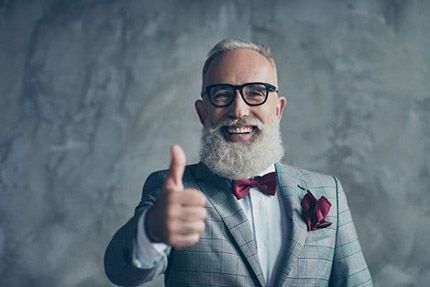